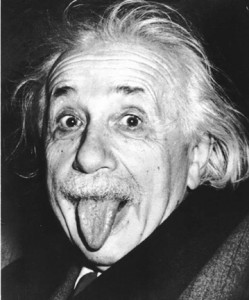 One of the great things about performing in front of hundreds, and sometimes thousands, of audience members every single week is that I get to meet some very interesting people.
Believe it or not, I have actually had the privilege of meeting several genuine geniuses… people of enormous intellectual capacity whose extraordinary knowledge has astounded me.
For example, the woman who approached me after a show at Giggles Comedy Club to tell me how much she enjoyed my show and added…
“… and I’m friends with your mother, Barbara.”
I smiled and said, “I’m sorry ma’am, but my mother’s name is Frances.”
“No, it’s not,” she adamantly corrected me.
Incredulous, I said, “Of course it is. My mother’s name is not Barbara, it’s Frances.”
Undeterred, she said, “No, I’m pretty sure it’s Barbara.”
I finally capitulated. “You’re probably right. You would know better than me… What do I know? After all, I only LIVED INSIDE THE WOMAN’S BELLY FOR NINE MONTHS!”
The other option I considered was feigning shock…
“My mother’s name is Barbara? My God! Then who is that imposter who has been living with my family and cooking for us for over 50 years? This is scandalous news! I need to notify my siblings at once!”
Then there was the woman who approached me after a set at the Kowloon Komedy Klub.
“Great show, Paul.”
“Thank you, I appreciate it.”
“You know, my husband once saved your life.”
I was amused. “Really?”
She explained, “Yes, he’s a fireman and he once pulled you out of a burning car.”
I chuckled and said, “I’m sorry, but your husband never saved my life”
But she insisted, “Oh yes, he did.”
“No, he didn’t. That wasn’t me.”
“Yes, it certainly was you.”
I said, “I’d like to meet this man who rescued me.”
She introduced me to her husband.
I shook his hand and said, “It’s nice to meet you. Your wife tells me that you saved my life.”
He proudly explained, “I sure did. I remember it vividly. I was working a late shift at the firehouse. We responded to a serious accident on the highway where a car had flipped over on its roof and I dragged you out of the burning wreck just before it exploded in a ball of fire.”
I said, “I’m sorry, but that wasn’t me you saved.”
He was adamant. “Oh ya, it was you. It was a couple years back, on Route #1 southbound near the Walnut Street exit.”
As if these added details would refresh my memory and I’d suddenly exclaim, “Oh wait… do you mean THAT flaming, upside-down wreckage that I was hopelessly trapped in? Why didn’t you say so? It all comes back to me now! That was a pretty busy day… I guess it just slipped my mind.”
Instead, I said, “I think I would remember if I ever got into a near-fatal car accident, wouldn’t you agree?”
He scratched his head and said, “I could have sworn it was you. I’ve been telling people that I saved your life for years.”
I said, “Well stop doing that.”
Then one time a guy came up to me after a show to tell me that we went to law school together.
I said, “Really? You graduated Suffolk University Law School in 1982 too?”
He said, “No, we were in the class of 1983.”
I said, “I’m sorry, but I graduated in ’82.”
“No, you didn’t.”
“I surely did.”
He shook his head and said, “No, I know for a fact that you graduated in ’83, with me.”
I abruptly turned and walked away.
He shouted, “Where are you going, Paul? I was going to buy you a drink.”
I said, “I’m sorry. I gotta go… I need to go home right away to change my diploma and figure out how I lost a whole year of my life!”
Maybe that was the year I was lying in a coma after that horrific car accident… before I was nursed back to health by my dear mother, Barbara.
True geniuses.