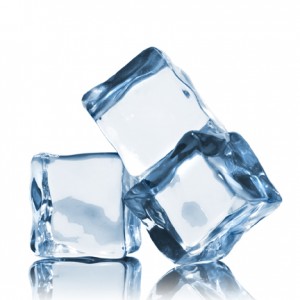 What a terrible winter we had in New England this year.
Everyone complained about all the snow, but I have something else that pisses me off.
Ice.
Ice sucks.
I hate ice.
This winter I have heard a lot about ‘ice dams’ but I have heard even more about the “Damn ice!”
Ice storms; ice on a road surface; ice on a walkway; ice on your windshield; ice on airplane wings; ice in your gutters; ice in the path of an ocean liner; even an icy stare… all bad. And Vanilla Ice wasn’t all that great either.
Let’s face it, there are basically only three situations when ice is good…
When ice is in a rink…
When ice is in a drink…
Or when ice is immediately followed by the word ‘cream’.
Otherwise, ice can be very dangerous
Ask the captain of the Titanic if you don’t believe me.
Oh ya, I forgot you can’t, because he’s dead… along with more than 1500 passengers and crew… all because of ice.
As proof of how threatening ice can be, that depraved, bloodthirsty organization of terrorists in the Middle East deemed to call themselves ISIS (pronounced ‘ICE-sis’) just to strike fear in the hearts of their opposition.
Ice is also very slippery.
Last month I was walking down my driveway and it was just a sheet of ice.
It was like launching myself downhill on a frozen ‘Slip n’ Slide.’
What could possibly go wrong?
Now, I don’t know if you’ve ever fallen on the ice, but let me tell you…
I was just walking along… and in less than the time that it takes a hummingbird to flap its wings… BOOM!… I was flat on my back, laying there like a luge driver… minus the luge… staring up at the sky and thinking…
“Something must be broken… That hurt like hell… Something has GOT to be broken.”
Nothing was broken, but I was bruised and black & blue in a number of places.
The ironic thing is that, when I got inside and called my doctor, I told him that I fell and got hurt and asked him how I should treat the injuries.
My doctor said, “Put ice on it.”
I yelled, “ARE YOU KIDDING? THAT’S WHAT STARTED THIS SHIT IN THE FIRST PLACE!”
Trust me when I say this but, this only has to happen to you once … and, since that scary incident, when there is ice on the ground, I basically walk cautiously, an inch at a time with tiny little baby-steps, like I’m an arthritic, 90-year-old man who has his shoelaces tied-together…
“By the time I get to my car it will be spring and this shit will all be melted.”
Of course, you need to consider that I wrote this scathing commentary in the middle of a long, brutal New England winter.
Just wait until the first stifling-hot summer day, when it’s 92° out and humid as hell.
I can guarantee I’ll have severe brain-freeze from eating a frozen Popsicle in one hand while I’m sipping a frozen Pina Colada in the other…
Sitting in my freezing-cold apartment with an ice-pack on my forehead and the air-conditioner cranked up to ‘Siberian Gulag’…
Before getting into my chilly, air-conditioned car, to drive down to a chillier, air-conditioned pub, to suck down a couple ice-cold beers served in frosted mugs just to cool off.
“Ahhhhhhhh… Ice… is nice!”