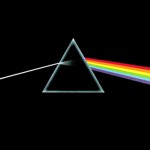 My friend Cliff was having a party at his house for one of the Patriots games when, right in the middle of the game, another one of our friends walked in, totally unannounced, along with his two young boys. One of the boys was about eleven or twelve years old, the other was in his early teens.
While everyone was greeting the new arrivals I saw a horrified look come over Cliff’s face, then I watched him bolt into his kitchen, take a pan of brownies off the stove, and secretly bury it deep underneath one of the kitchen cabinets.
Our friend and his kids didn’t stay that long and right after they left I asked Cliff, “What was going on with that tray of brownies I saw you scrambling to hide?”
Cliff said, “I made them last night, Paul. They’re ‘special’ brownies.”
“Special brownies?”
“Ya, Paul… you know, ‘special’ brownies,” he said, raising his eyebrows.
“Ohhhh, I get it. ‘Special’ brownies… And you didn’t want the boys to eat ‘em by mistake.”
“Exactly.”
“Good move, Cliff. That could have been a disaster.”
“No shit.”
Wow, that was a close call. If Cliff hadn’t ditched the “special” brownies I pictured myself running into our mutual friend at a later date and having a very discomfiting conversation…
“You have a nice family. Did your boys have fun at Cliff’s place?”
“Ya, they did, Paul, but I still don’t know what the hell got into them when we got home that night.”
“Why do you say that?”
“They were both acting really weird.”
I imagined an alarming thought popping into my head and asking, with great trepidation, “Uhhhhhh, y-your kids didn’t, uh, by any chance eat any of those brownies that were sitting on the stove, did they?”
“The brownies on Cliff’s stove? Ya, I gave a couple brownies to the boys, why?”
“Just wondering, that’s all… Ummm, um, I’m just curious, what was so weird? How were the kids acting after you left the party?”
I then envisioned him responding with, “It was the strangest thing, Paul, because I can never, ever get those kids to eat, they refuse to eat, they fight us every meal… but as soon as we walked into the house last night, the two of them cleaned out absolutely everything we had in our refrigerator and, when that wasn’t enough, then they started rummaging through the cabinets looking for more food.”
“No kidding?”
“Ya, and they couldn’t stop giggling the whole time… they were acting very silly. It was getting ridiculous. They just kept giggling.”
I visualized myself wiping sweat from my brow and reacting nervously… “You don’t say?”
“Ya, and that’s not all, Paul… A little later on, my wife and I were cleaning up in the kitchen and we realized that the kids were being awfully quiet, so she said, ‘You should go check on the boys’…
“I walked into the family room and found the two boys slumped on the couch with their headphones on, stuffing their faces with cheese curls, and watching cartoons with the volume off while they listened to the soundtrack from Dark Side of the Moon… Just weird… Why do you ask, Paul?”
“Ahhhh, no reason… No reason at all.”