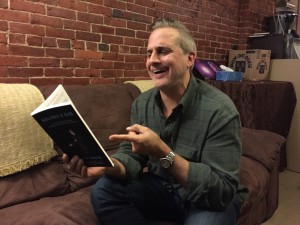 ‘Who’s Reading My Book?’ #32 features one of my favorite comedians, my friend Nick DiPaolo. 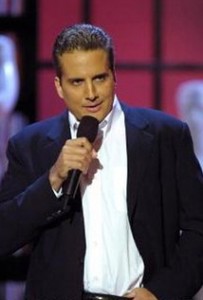 Nick grew-up in Danvers, MA, began his comedy career in Boston, and went onto national prominence when he moved to New York City. Nick first gained attention when he was featured in the 15th annual HBO Young Comedians special in 1992 and has since written and performed three stand-up specials for Comedy Central Presents, an hour long Showtime special, Raw Nerve, as well as Another Senseless Killing in 2014.
Nick was a regular guest on Tough Crowd with Colin Quinn and has been a contributor to a number of Comedy Centrals’ celebrity roasts.
Nick has made stand-up appearances on The Tonight Show with Jay Leno, Late Show with David Letterman, Late Night with Conan O’Brien, Jimmy Kimmel Live!, Late Night with Jimmy Fallon, and The Daily Show, among others. He is also cast in a recurring role in comedian Louie CK’s show, Lucky Louie, on HBO.
Nick has been a frequent guest on national radio, notably The Howard Stern Show, The Opie and Anthony Show and The Dennis Miller Show.
As a writer Nick has been nominated for two Emmy Awards and also wrote for the 77th annual Academy Awards.
For more on Nick visit his web-site at www.nickdipaolo.com
See why everyone is reading and raving about Paul D’Angelo’s hilarious book ‘Stories I Tell,’ a global Gold Medal Winner of the 2015 eLit Book Awards, a Finalist in the 2015 International Book Awards and voted Honorable Mention in the 2015 New York Book Festival.
You can buy ‘Stories I Tell,’ as well as Paul’s just released new book, ‘More Stories to Tell: A Lawyer Turned Comedian Puts Everyday Life on Trial,’ at Paul’s web-site: www.pdangelo.com or on Amazon.com at Paul’s author page: http://amzn.com/069229435X 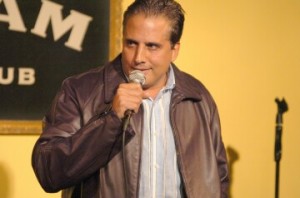