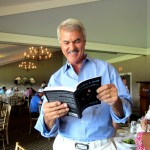 Right fielder Dwight ‘Dewey’ Evans had a 20 year Major League Baseball career, 19 of those seasons with the Boston Red Sox.
Dwight was a three-time MLB. All Star, a two-time Silver Slugger Award winner, and was the American League home run champion in the strike-shortened 1981 season when he hit 22 of his 385 career round-trippers. Known for his cannon-like arm, Dwight was also an eight-time recipient of the Gold Glove Award for his outstanding play in right field. 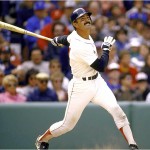 Dwight appeared in two World Series with the Sox, in 1975 against the Cincinnati Reds and again in 1986 when the Sox lost to the New York Mets. In the historic 6th game of that 1975 series, Dwight made an incredible running catch in deep right field to rob Joe Morgan of a home run, then doubling Ken Griffey Sr. off of 1st base, in the 11th inning of a tie ballgame, later won by catcher Carlton Fisk’s famous home run in the bottom of the 12th.
Only Carl Yastrzemski played more games for the Red Sox and, in 2000, Dwight was named to the Boston Red Sox Hall of Fame.
In his retirement, Dwight and his wife Susan have helped raise several million dollars to fund research into a cure for neurofibromatosis (NF), with which two of their sons are afflicted.
See why everyone is reading and raving about Paul D’Angelo’s hilarious new book ‘Stories I Tell,’ a global Gold Medal Winner of the 2015 eLit Book Awards, a Finalist in the 2015 International Book Awards and voted Honorable Mention in the 2015 New York Book Festival..
You can buy the book at Paul’s web-site: www.pdangelo.com
or on Amazon.com at Paul’s author page: http://amzn.com/069229435X