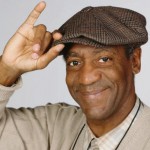 One of my favorite comedians growing-up was the legendary Bill Cosby and I learned to tell stories from listening to his record albums over and over again.
Now, over forty women have come forward and accused the iconic comedian of sexual assault after knocking them out with Quaaludes.
Because Bill Cosby had been a hero and role model to me, I have to admit that this whole, sordid controversy truly disturbs me.
To say the least, I am devastated and totally disillusioned… but not for the reason you may think.
It bothers me to think that Bill Cosby was one of the most famous stand-up comedians of all time and has a long list of incredibly impressive comedy credits… and, despite his enormous comedic celebrity, the only way he could get laid was to drug women and take advantage of them while they were unconscious.
I performed at an Elks club and a VFW last weekend… I don’t have a chance!