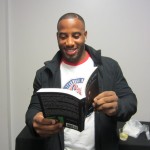 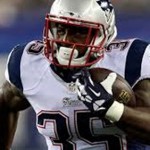 Following his graduation from Notre Dame, Jonas was signed as an undrafted free agent by the Miami Dolphins. After a brief stint with the Baltimore Ravens he was signed by the Patriots in 2014. In November of that year, Jonas rushed for 210 yards and scored a franchise record four touchdowns in a win over the Indianapolis Colts. He was named the AFC’s Offensive Player of the Week for his performance and won a world championship with the Patriots in Super Bowl XLIX.
See why everyone is reading and raving about Paul D’Angelo’s hilarious new book ‘Stories I Tell,’ a global Gold Medal Winner of the 2015 eLit Book Awards, a Finalist in the 2015 International Book Awards and voted Honorable Mention in the 2015 New York Book Festival..
You can buy the book at Paul’s web-site: www.pdangelo.com
or on Amazon.com at Paul’s author page: http://amzn.com/069229435X