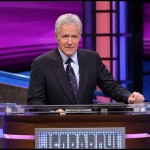 I’m not quite sure if television is making people stupid or if television is just catering to an increasingly stupid population.
Someday, I wouldn’t be surprised to see a game show called ‘Stupid Jeopardy’ to cater to the gratuitous graduates of our increasingly ineffectual public educational system.
“OK Jim, chose a category”
“I’ll take ‘Trivia About Myself’ for $200, Alex.”
“And the answer is… ‘My favorite color’.”
“Uhhhh… What is ‘blue,’ Alex?”
Bzzzzzzzzzzzzz
“No, I’m sorry, Jim, but the answer is ‘What is red?’”
Cringing, Jim laments, “Damn!… I should have known that one!”
“Yes, you certainly should have, Jim, but we’re grading on a curve and, just like our public schools, we want to make sure that no one goes home a loser, so you get another chance to salvage whatever you have left of your self-esteem.”
“Great, Alex… then I’ll take ‘Math for Morons’ for $500”
DING DING DING
“That’s our Daily Double…. And the answer is… ‘The number of beers in a six-pack’.”
“Hmmmm… Would those be bottles or cans, Alex?”
Bzzzzzzzzzzzzz
“Jim, in either case the correct answer was, ‘What is six?’”
“You got me, Alex… That was a trick question.”
“For some, perhaps, Jim… OK. We’re going to give you one more chance to win, Jim, because we can’t end this game until at least one of our contestants gets a question right and we’re almost out of time, so go ahead and pick another category.”
“Ummmm… Let’s see… I’ll try ‘Science for Simpletons’ for $300, Alex.”
“Jim, your question is… ‘The basic ingredient in a snowball’.”
“Yeah!!!… I got it! I know that one, Alex! I know that one!… Is the answer ‘snow’?”
Bzzzzzzzzzzzzz
“I’m sorry, Jim, but the correct answer was ‘What is snow?’.”
“Awwwwwwwww.”
“Don’t feel bad Jim, because, unfortunately, you’re not alone. We’re going to send you home with a participation trophy for just showing up, lower the standards for everyone else, so they can all sink to the level of your incompetence, and pass you on to the next stage anyway, so that our statistics will inaccurately reflect the lack of proficiency of our nation’s public school administrators.”
“Huh? I don’t get it.”
“I didn’t expect you would, Jim.”
Sad.