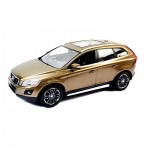 My brother Chris was driving a really nice Volvo that was only a couple of years old. The car had very low mileage and looked like new because he took great care of it, but he needed a pick-up truck for his work so he had to sell the car.
He put the Volvo out in front of our house with a ‘For Sale’ sign on it and a nice couple, a husband and wife, stopped to look at it.
They told my brother that their 16-year-old daughter just got her driver’s license and they wanted to buy her first car as a gift, so they were looking for a reliable car that was also safe and Chris’ car would be perfect for her.
They gave my brother a deposit and told him that they would be back the next day with their teenage daughter to finalize the sale.
When my brother told me that he found a buyer for his car I thought to myself, “Wow, that teenager has really nice parents. That’s a great car for a young kid who just got their license. I never had a car handed to me at that age. She’s gonna be very appreciative.”
The following day, the parents brought their daughter with them to see the car and my brother told me that, when the teenager girl saw the car she burst into tears, threw a little tantrum, and between sobs whimpered, “I wanted a black car! I had my heart set on a black car. I hate it! It’s not black.”
I guess the deal almost fell through and the girl wouldn’t stop crying until her parents promised her that they would pay to have the car painted in whatever color she wanted.
My brother just couldn’t believe how spoiled kids are getting these days.
I know one thing… if that was my daughter and she pulled that stunt, I would have said to her…
“Ohh, I’m sorry… You don’t want the free car that I’m giving you because you don’t like the color? That’s tragic…
“But I’ll tell you what I’m going to do for you. If you don’t like the color of the car I’m buying, I’m going to give you some other color options that you can choose from…
“You can take public transportation on the Green Line, the Red Line or the Orange Line… In fact, you can have all three of those colors!
“And, if you don’t like those colors, you can always pick a Yellow Cab or a silver bus… How do you like those for choices?”
Given that selection, I’m sure any teenager would have a newfound appreciation for an almost-new Volvo with Twilight Bronze Metallic paint.