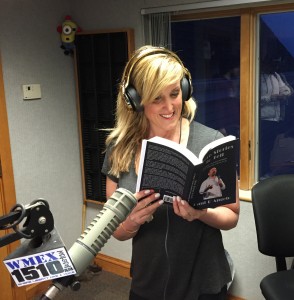 ‘Who’s Reading My Book?’ #34 best-selling author / radio personality Michele McPhee
Michele is from my home town of Wakefield, MA and currently hosts a weekday talk show during the drive time hours of 3:00-7:00pm on WMEX radio, 1510 AM. 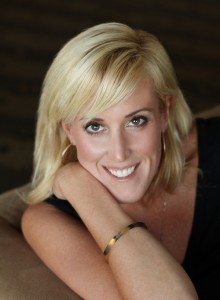 She previously had her own show on WRKO with co-host Todd Feinberg, has been a guest host for The Howie Carr Show, and is also a regular columnist for the Boston Herald, a reporter for ABC News, and a contributor to WCVB-TV.
Originally a journalist with the Boston Globe and the New York Daily News, Michele has gone on to write a number a best-selling true-crime books… Mob Over Miami, Absolute Evil, Heartless: The True Story of Neil Entwistle and the Brutal Murder of His Wife and Baby, When Evil Rules: Vengeance and Murder on Cape Cod, A Date With Death: The Secret Life of the Craigslist Killer, A Mob Story, and A Professor’s Rage: The Chilling True Story of Harvard PhD Amy Bishop. She is currently working on a new novel about the Boston Marathon bombing.
See why everyone is reading and raving about Paul D’Angelo’s hilarious book ‘Stories I Tell,’ a global Gold Medal Winner of the 2015 eLit Book Awards, a Finalist in the 2015 International Book Awards, Honorable Mention in the 2015 New York Book Festival and voted ‘Best Comedy Book of 2016’ by the Best of Los Angeles Awards.… and the newly released sequel, ‘More Stories to Tell’ which was just named a Gold Medal winner in the 2016 eLit Awards.
You can buy the books at Paul’s web-site: www.pdangelo.com
or on Amazon.com at Paul’s author page: http://amzn.com/069229435X