Skip to content
Home > Catalog > Book, eBook > This Next Round of Jokes Is On Me 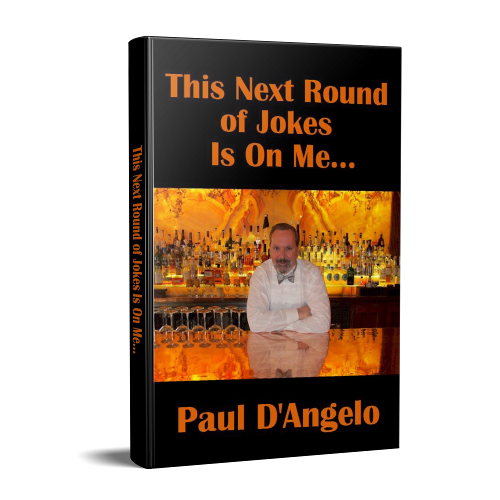 This Next Round of Jokes Is On Me

This book was inspired by a germ.

During the infamous Coronavirus lockdown in the winter/spring of 2020, Paul D’Angelo was stuck, alone in his house for weeks-on-end with nothing to do. His performances that had been scheduled for the upcoming months at comedy clubs, casinos, conventions, conferences, benefits and fundraisers, were all canceled because of the quarantine, as large gatherings were prohibited and citizens were instructed to “socially distance” themselves from the general public.

Paul was going stir crazy, so he killed time by immersing himself in a number of different projects, one of which was transcribing a couple hundred of original, comedic memes that he had previously created for social media, and putting them into book form… and this new title is the result.

It’s been said that ‘laughter is the best medicine,’… and, until an effective vaccine is developed, this book is going to have to do.